With peaking blossoms on your balcony, you do not need to understand what birdies are singing.

But if you are not convinced by such evidence, as you have been raised in our scientific society, where statistics do not more serve proof, but rather are employed to convince you that everything you observe in your own body can not be true, as it is only anecdotal fracture of reality.

Yes, in countries of temperate climate (Switzerland in my case), in Northern Hemisphere, spring is at your doorstep!

With it, as Mowgli would think (The Jungle Book), everybody, even his wolf cubs of brotherhood become crazy, and start preparing for the New Song.

All this Happiness invades you, as soon as you take a breath, and is nothing less, if you indulge in it, than initiation of a swinging of Nature;

My colleages psychiatrists would comment, that everyone of us has this kind of kernel in him/her, and it is just the maniac part of a bipolar state, where we enjoy the counterpart, which in their mind is depression, in late summer.

You, me, everyone on our crazy, but cultivated Planet, lives in a home.

This is the main fact, why our population lives longer.

Because we are no more exposed to hard changes of temperatures all the time.

But, as you would know already, it has a bias.

In your home you are breathing warm and purified, but stagnant air.

As soon as you quit it to go to work or travel in the city, you are exposed first to noxious stimuli, mainly because cars nowadays are using another kind of fuel than 30 years ago, diezel, which exposes your breathing system to bigger particles, much more deleterious to it.

In March in Northern Hemisphere Nature starts unraveling its secrets of old.

A bowl of fresh air, even in the city, is charged with tiny particles, pollen, which tickle your nose, and make you smile or sneeze.

If you are not convinced about it, as modern human is sure, he/she has no nose at all;

Even to choose a fresh salad on the Market!

You can advance your hand in a bush and rub the upper, and shiny surface of some leaf:

By doing so, you would see without a magnifying glass this layer of coloured product, coming down on everything from trees and bushes.

Modern human is very much alike your appartement plants.

If you have some, you can observe, that you can not expose them to outside climate, even in the nicest season, without previous preparation.

Some people wrap them in warm and snug garments, others expose them little by little to the outward cold.

You are very much alike, and when you open your window, Mother Nature invites herself in your tiny flat, with all her siblings.

Many people suffer thus from allergies, be it asthma, or allergic rhinitis, or any other variation of it.

Professionals propose you all sorts of solutions, sprays, pills, injections;

One of them is called desensitization.

You can read about it in magazines and newspapers.

Nothing else, than part of those tiny particles, called pollen, injected under your skin, instead of being inhaled with a bowl of fresh air.

So, I think you understand my point!

Why paying a specialist to administer some drug, while it is profuse in nature, and it is sufficient to go away from your home in order to get plenty of it?

Or, as the philosopher would say: – Nothing in excess!

Or, as this appartement plant, which you put too long in the cold, you would not survive!

– If you suffer from asthma, start by putting away the cigarette!

A quarter of an hour in fresh air in this season (March in Northern Hemisphere) would be a lot for a beginning.

Increase your walk accordingly, and observe how you feel!

More cough, for instance, would mean you have been too far.

Did you know, that before the era of genetics and its production;

Diabetes type 1 has been treated for 30 years with insulin from animal origin?

Beef was well tolerated, but best one was pork insulin.

Our genetic difference, though we are completely different species (humans, beef and pork) is so small, that our immune system can even tolerate a pork valve in the heart for almost 10 years.

What happens to our immune system, if you eat meat of those animals?

It would be disoriented, and could start considering your own body as foreign!

Did you know, that going Vegan prevents 30-40% of autoimmune and allergic disease, and improves, when introduced 5-10 other percents?

Here, again, if you decide to introduce such a project in your life, Highlight is on consistency and patience! 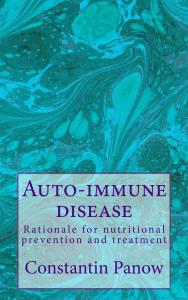 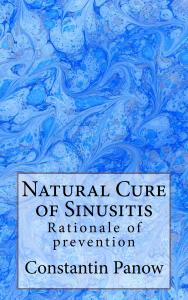 You can find my books on http://www.AbeBooks.com and in other bookstores and libraries, in a physical and digital version.