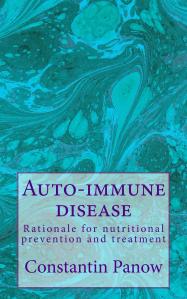 Auto-immune disorders are claimed progressing all over the World.

Change in food processing in industrialized society can be one explanation.

Adaptation of eating habits may play a decisive role in those illnesses, still poorly understood, and with few therapy options.

You would remember the fairy tale of Heidi, an English young girl, unable to walk, and brought from misty London to Swiss Alps in her roll chair.

Is it a true story from 19th century?

She is declared healed after a short staying there, due to fresh air, able to walk and run again.

– Or was it rather Swiss alimentary culture, which was responsible for this healing, molded rye bread and cheese?

Such a regime could work still today on a protracted Guillain-Barré syndrome.

Or, did you know, that German culture linked with high consumption of beer, would be responsible in a same explanatory way for less auto-immune diseases, and especially lupus erythematodes (LED), a feared disease between practitioners, in our modern culture?

It is well known since almost 50 years, that people suffering from msyophobia (fear of germs) suffer more frequently of all kind of auto-immune illnesses.

In the same way, a person reading my booklet, and having this kind of phobia, might have an excessive repelling reaction at this information of mine, and thus would classify my work as “trash”. (“Not a book!”) Quotation!

Such a person would need help first from another kind of a practitioner, be it psychologist, or psychiatrist, whose competency is very far away from my own spectrum.

My publications are available on http://www.AbeBooks.com, http://www.payot.ch and other Bookstores and Libraries.