Burnout is a frequent disease in Global Village.

Some professional groups are concerned in excess of 30-40%.

Its causes appear obscure, even to trained practitioners in conventional medicine.

This illness has two peaks in population:

– One is during training, especially in youngsters, frequently just above 20.

– Second one is so-called mid-life crisis, manifesting itself with 40 or 50.

It is sold to you in a much similar way as religion.

Its main features are tightly linked to uttermost materialism.

Thus aimed treatment of present disease is psychological, orienting the person to an opposite pole or personality:

Enhancing, highlighting or even exalting its spiritual dimension.

– For instance by diminishing daily tasks.

Invariable characteristic of disease is a sleep disorder.

Inadaptation, because of lacking traning or philosophical basis of personality and immaturity;

Impediment of sleep at night is the result.

Which is linked to inefficiency of non-REM sleep.

This last parameter can be improved accordingly with specific measures.

I propose two of my booklets for this aim.

You can find my publications at http://www.AbeBooks.com, http://www.payot.ch and in other libraries and bookstores. 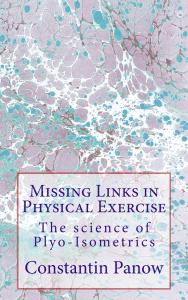